The First Pioneers on the Oregon Trail 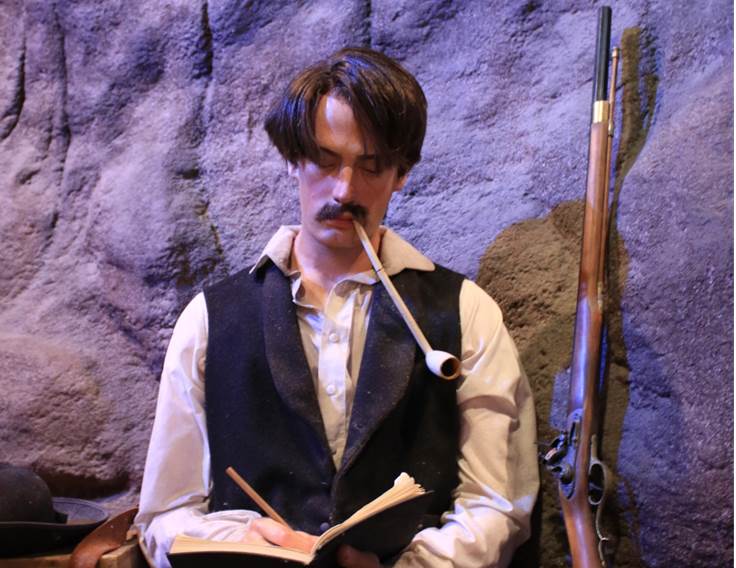 The First Pioneers on the Oregon Trail

Every pioneer had his or her own reasons for heading west.  Some had heard about the rich farmland in the area that would later become Oregon, others traveled to escape an economic recession in the Eastern cities. Still, others felt that the change of climate would help them overcome chronic ailments.

Some of the very first pioneers to take the trail westward had another purpose in mind.  They were missionaries.  In 1836, Marcus and Narcissa Whitman were just newly married when they traveled from St. Louis to the Walla Walla Valley with their fellow missionaries, Henry and Eliza Spalding.  They followed the trail along the Platte River and took the South Pass through the mountains that Jedediah Smith had taken in the 1820s. On the journey, Narcissa and Eliza became the first white women to cross the Rocky Mountains.  The Whitmans reached the Walla Walla River on September 1, 1836, and decided to start a mission to minister to the Cayuse people there. The Spaldings traveled to present-day Idaho where they started a mission of their own.

At first, the Whitmans were enthusiastic about their work.  And, they were optimistic regarding their mission.  Trained as a doctor, Marcus practiced medicine and conducted church services.  He also constructed several buildings.  Narcissa ran the household, assisted with church services, and taught at the mission school.  She wrote letters home that were published in the Eastern newspapers and helped to assure many would-be pioneers that it was safe to make the journey west.

To the Cayuse, who the Whitmans felt destined to “save,” the mission was at first a strange sight.  Later it became a threatening one.  Early relations between native people and missionaries in the area were generally peaceful.  A number of Cayuse children attended the Whitman’s school.  But, the Whitmans did very little to try to understand the culture of the Cayuse people or to adapt their religious teaching in ways that would make sense to the Native Americans.  As missionaries, the Whitmans weren’t very successful in winning religious converts.

In 1842, The American Missionary Board decided to close the Whitman’s mission. Marcus traveled back east to make his case for keeping it open.  When he returned to the West in 1843, Marcus Whitman helped to guide the first of the great wagon trains over the path that would become famous as the Oregon Trail.  The wagon train, which came to be called the Great Migration of 1843, was made up of 1,000 pioneers traveling in 100 wagons.  The oxen that pulled the wagons and the cattle that trailed behind numbered about 5,000.

Back in the land that would later become Oregon, the Whitmans found themselves spending more time assisting American settlers than ministering to the Cayuse.  Increasing waves of white emigrants came to the area. They disrupted the lives of the Native Americans and introduced diseases for which the Cayuse had no resistance.  In late 1847 when an epidemic of measles struck, the Whitmans did what they could to help both the white emigrants and the Cayuse people.  Most of the white settlers lived while about half of the Cayuse, including nearly all of their children, died.

The Native Americans felt betrayed and, on November 29, 1847, a band of Cayuse took revenge for the deaths of their people.  They killed 13 settlers, including the Whitmans, and burnt down the mission buildings.  A white militia responded by attacking a band of Cayuse who weren’t involved in the killing and the conflict escalated into war.  Two years later, a group of Cayuse leaders surrendered to try to prevent the destruction of the entire tribe.  They were promptly hanged.

The few remaining Cayuse were scattered and were eventually taken in by other nearby native people.  The Whitman’s journey west was one of the first steps in America’s westward expansion.  It was also part of a clash of cultures that, in this instance, resulted in tragedy, the Whitman’s own deaths, and the end of the Cayuse as an independent people.

Learn more about our history when you visit these other Kearney area attractions:

Next post The Oregon Trail – Ordinary People on an Extraordinary Adventure