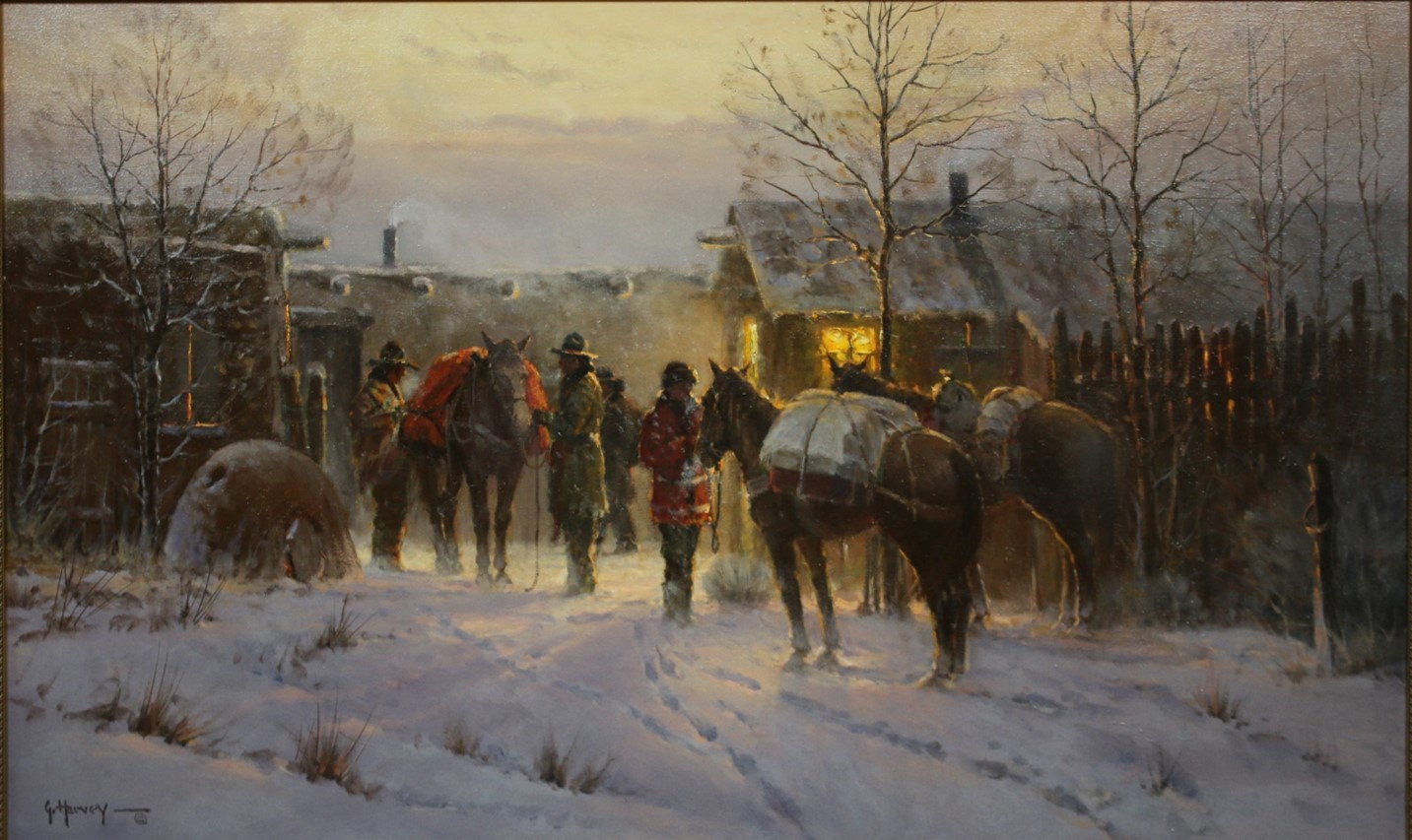 Nothing conveys the spirit of the American West quite like the art of the West.  Through the work of the artists who captured western scenes and stories on paper and canvas, we can imagine the vast expanse of the landscape.  We can sense the joys and hardships involved in life on the frontier.  And, we can appreciate the beauty of the wildlife of the prairie.

Visitors to the new Archway Art Gallery will catch a glimpse of the spirit of the West in each of the works that are currently on display.  The gallery features prints by Frederic Remington whose western illustrations for Harper’s Weekly and Collier’s magazine made him popular with the public. And, whose “cowboy” manner of speaking and “Wild West” tales helped to make him a favorite among art collectors.  At the turn of the 20th Century, Remington was renowned as the most famous illustrator of the American West.

The gallery also shows several prints by the cowboy artist, Charles Russell.  In 1880, when Russell was 16 years old, he traveled to Montana, where he lived the life of a trapper for 2 years. Then, he worked for 11 years as a horse wrangler for various cattle operations in the area.  Russell was a keen observer, gifted storyteller, and talented draftsman.  Prints like “The Doubtful Handshake” convey the tension between the western ranchers and Native Americans who each depended on the land and sometimes on each other for their survival.

Nebraska native Charles Simmons is represented by a small pen and ink drawing that shows pioneers headed down the trail in a covered wagon.  Simmons was born in a sod house in 1887, just six weeks after his parents arrived in the town that later became known as Scottsbluff, Nebraska.  He dedicated his artistic career to documenting the people and culture of the North Platte River Valley.  Simmons said, “I have a special interest in the region because my family traveled over the old military trail from Fort Sydney to Court House Rock and then up the Mormon Trail to their homestead near Sunflower Canyon along the North Platte River. Even in my childhood, freighters were passing the old sod dugout where I was born, still using the old trail.”

“Peaceful Valley” is the name of a pen and ink drawing on display by the cowboy artist Will James. He honed his artistic skills during the 15 months he spent in prison for cattle rustling in Nevada.  In late 1919, he moved to San Francisco and enrolled in the California School of Fine Arts.  By the end of the year, he had sold several of his sketches to Sunset magazine.  He eventually returned to Nevada and, in addition to art-making, began writing.  In 1926, he wrote and illustrated his most famous book, “Smoky the Cowhorse.”  In 1927, it won the prestigious Newberry Medal for children’s literature.  In all, Will James wrote and illustrated 23 books.  Five of them were made into feature films.

For a more contemporary perspective on life in the Platte River Valley, gallery visitors will see a large-format photograph by Nebraska photographer Michael Forsberg.  The photo, called “Evening Passage – Sandhill Cranes” was selected by the U.S. Postal Service as the image to be used on a Forever Stamp in celebration of the 150th anniversary of Nebraska statehood.

These are just a few of the artworks that capture the spirit of the west and that are on display through the summer at the Archway gallery.  The exhibition is made possible by a generous donation of artwork from Charles and Suzy Wright of Lincoln, Nebraska.

Celebrate the history and culture of Central Nebraska by visiting the folks at these fine area organizations: