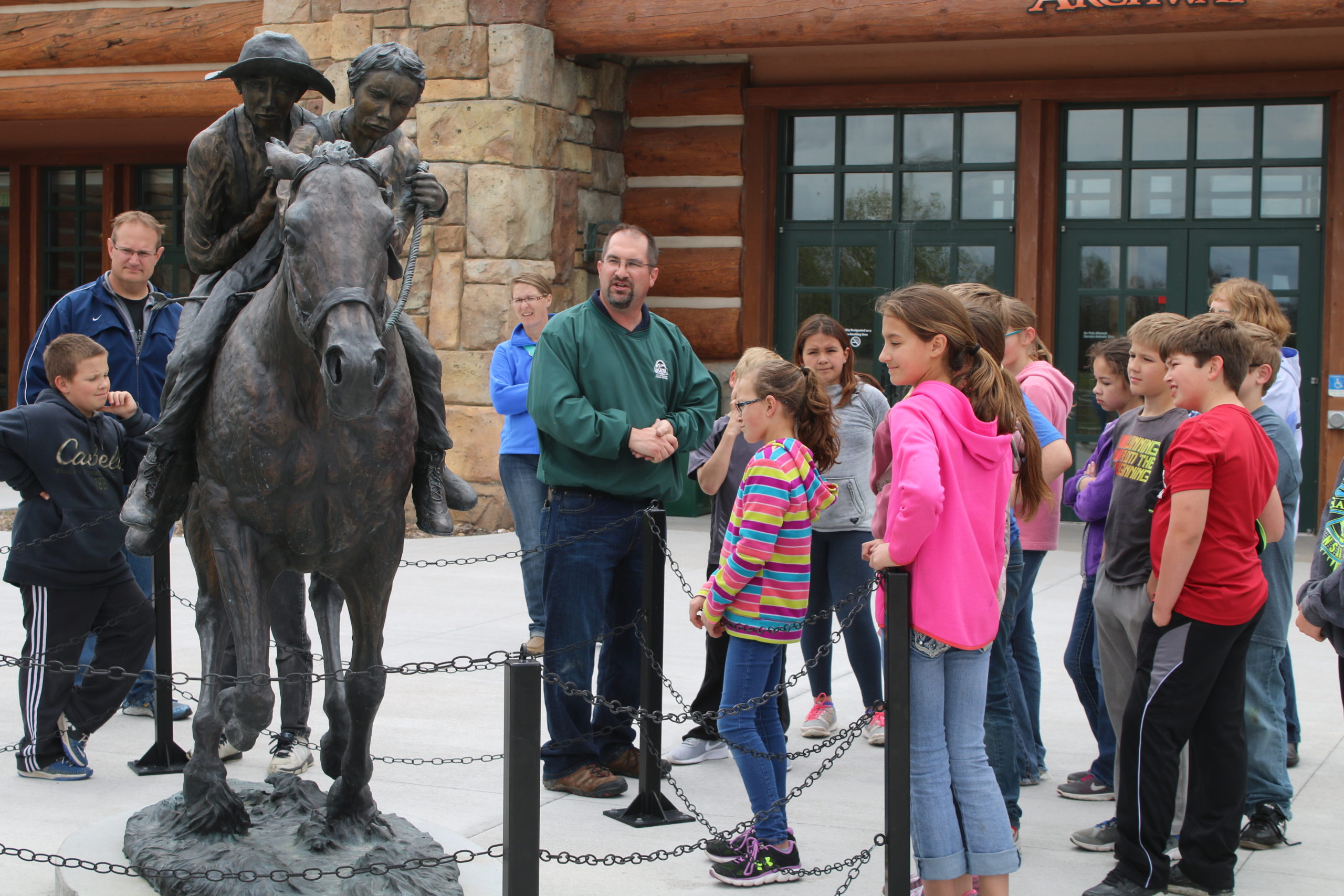 Every year thousands of public school, private school, and homeschool students visit the Archway to learn about Nebraska’s unique role in the building of America.  Many of them are 4th graders who are learning about Nebraska history in their social studies classes.

The story of life on the path along the Platte River, which came to be called the Great Platte River Road, is more than an accumulation of dates and places.  It’s the story of thousands of ordinary people who each had their own reasons for setting off on the adventure of a lifetime.

Imagine the daring and determination of the people who first traveled from the eastern United States to rich farmland in the Pacific Northwest. One of the first to head out West on the Great Platte River Road was Marcus Whitman. Later, he helped to guide a wagon train, which came to be called the Great Migration of 1843, on the trail. The pioneers knew they could never make the trip, which could take up to 6 months and covered over 2,000 miles, all by themselves. The Great Migration was made up of about 1,000 pioneers with 100 covered wagons. Thousands of animals trailed behind.  Most of the company made it safely to the land that would later be called Oregon that fall.

Consider the “can-do” spirit of William Russell, Alexander Majors, and William Waddell who founded the Pony Express in 1860. Their network of 190 stations and hundreds of station masters, stock tenders, superintendents, and riders followed the Great Platte River Road through the land that would later become Nebraska. Working together, the Pony Express team aimed to deliver mail by horseback from St. Joseph Missouri, to Sacramento, California, in just 10 days.

Think about the coordination and cooperation that was required to construct our modern interstate highway system. When President Dwight D. Eisenhower signed the Federal Aid Highway Act of 1956, the United States embarked on, what was at that time, the biggest public works project in the history of the world.  Through Nebraska, the route that was chosen followed the path of the Great Platte River Road.  In 1974, Nebraska was the very first state to complete its main section of the interstate highway system.  In 1990, President George H.W. Bush signed legislation that formally changed the name of the interstate highway system from the National System of Interstate and Defense Highways to the Dwight D. Eisenhower System of Interstate and Defense Highways.

These are just a few of the many stories of the pioneers, adventurers, and innovators who are part of the history we share with our visitors at the Archway.  Each of them followed their dreams along the Great Platte River Road and made their own contribution to a cause much greater than themselves, the building of America.

In the words of Lincoln Highway advocate Reverend Albert Beveridge, “We are a nation in the making, but not yet made.  This is our normal state.”

Whether you are a student or an adult, we hope your visit to the Archway will help you to learn the stories of those that came before us.  We also hope that it will inspire you as, together, we participate in America’s ongoing story of discovery, innovation, and progress towards the future.

While you’re in Kearney, stop by and visit the folks at some of these other fine organizations: