The Archway is home to an award-winning and unique exhibit that details the stories of the thousands of fearless pioneers who traveled the Oregon, Mormon and California trails. It continues through the age of the Iron Horse on the first transcontinental railroad, the telegraph and the Pony Express while ending with the stories of the millions who moseyed down the Lincoln Highway and interstate along what we call the Great Platte River Road.

But just as important as the stories of the original trailblazers are, there’s another story being told around the world of a creature that’s been migrating through Central Nebraska for millions of years. It’s the story of the sandhill crane. 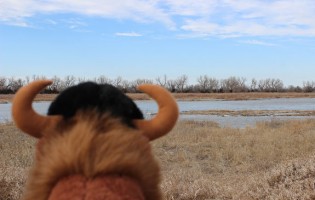 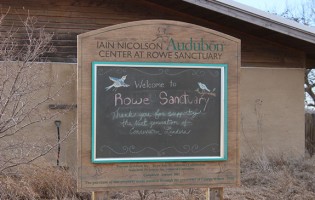 No amount of words can accurately convey the beauty of the annual migration of the sandhill cranes across Central Nebraska. Having traveled through the region for millions of years, sandhill cranes have found safety in the shallow waters and sandbars of the relatively young Platte River and a steady food supply in the nearby harvested grain fields.

The awe-inspiring story of these birds lures thousands of visitors from around the world to experience their arrival along a small stretch of the Platte River. It has also brought journalists from across the country who have written numerous articles that amount to millions of dollars in free advertising shining the spotlight on the amazing sandhill crane journey and the beautiful geography of the place we call home. 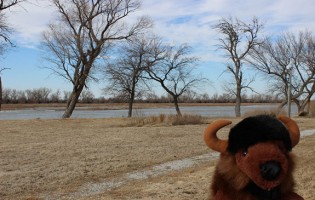 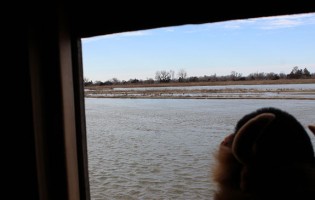 The tens of thousands of sandhill cranes that pass through Central Nebraska undoubtedly have little idea of their popularity. They also won’t understand that their migration through the area has led to the creation of beautiful nature preserves like The Archway sponsored Iain Nicolson Audubon Center at Rowe Sanctuary south of Gibbon and  the Crane Trust near Alda.

With the continued success of these sanctuaries, the sandhill cranes will be able to do what they’ve been doing for thousands of years, finding refuge on the banks of a river that’s guided millions along an often arduous journey.